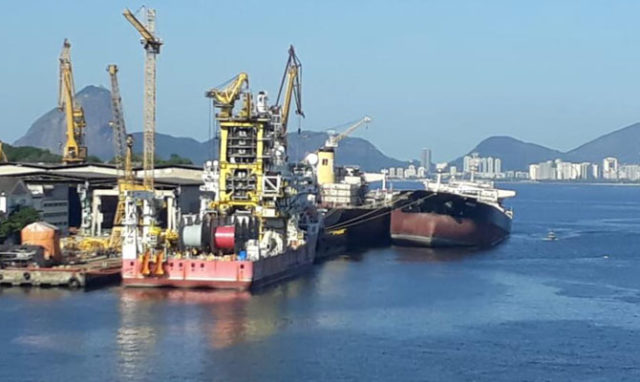 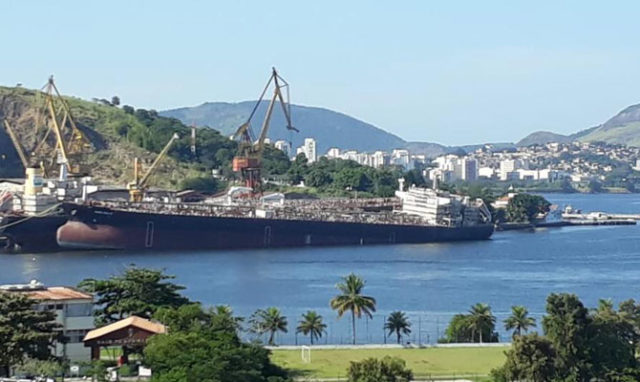 The 18 meter long Clipper 60 class sailing vessel CV24 – LMAX Exchange ran aground near Rio de Janeiro, Brazil. The racing yacht struck a sandy outcrop.  The yacht suffered minor damage limited to the vessel’s starboard rudder. No reports of injuries or pollution released. Reports state the yacht was secured by anchor until equipment could be brought on scene to refloat her.

The 133 meter long, 11274 dwt freighter Angra Star partially sank while anchored in the Bay of Guanabara near Rio de janeiro, Brazil.   The Angra Star had been abandoned and moored off the port without any crew on board.   Thieves were able to board her and stole the copper from the engine room.   Caps from the tanks were removed and the fuel tanks began to fill with water causing the Angra Star to sink by the stern.    Authorities placed a boom around the freighter to contain any of the 150 tons of fuel oil and water in the vessel.   No reports of injuries.