On December 20, the 80 foot long, 63 ton schooner Nina Otaki ran aground in Discovery Bay on Beckett Point, Washington. The schooner had been at anchor when it was blown ashore by strong winds and driven up onto the rocky beach. No reports of injuries. The Coast Guard responded and dispatched a team to remove fuel off the vessel.  Reports state the vessel was still aground several days after the incident.

The Nina Otaki had run aground before off Point Wilson Lighthouse in 2017.  The vessel remained on the beach for several days before it was refloated. The vessel is unique as it’s hull is made of iron-reinforced concrete.

The schooner remains aground on the beach. Reports state there is some uncertainty if the Nina Otaki will be pulled off the beach or not. The current owner has not arranged salvage. The vessel may be removed off the beach by order of the Washington DNR.

The 145 foot long fishing vessel Ocean Explorer caught fire while berthed in Seattle, Washington. The fire started below deck spewing out smoke.  Several fireboats along with a large response of local fire fighters were able to extinguish the blaze a short time later.  No reports of injuries. No details on the extent of damage or if any pollution was released. 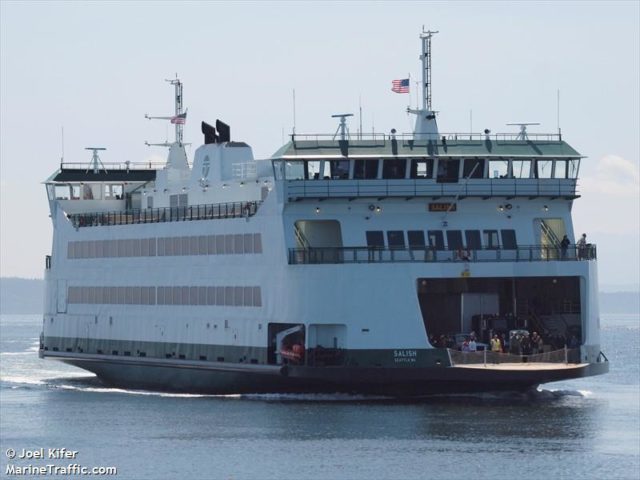 On September 9, the 83 meter long, 1400 dwt ro-ro passenger ferry Salish ran aground in Admiralty Bay near the port of Keystone, Washington. The ferry had departed from Port Townsend bound for Keystone when it grounded in the harbor. The Salish was able to free itself, but the ferry had sustained damage.  Divers were dispatched and found the Salish had sustained rudder damage.  No reports of injuries to passengers or crew. The Salish was taken out of service and tugs escorted the ferry to Port Townsend where it will undergo repairs.