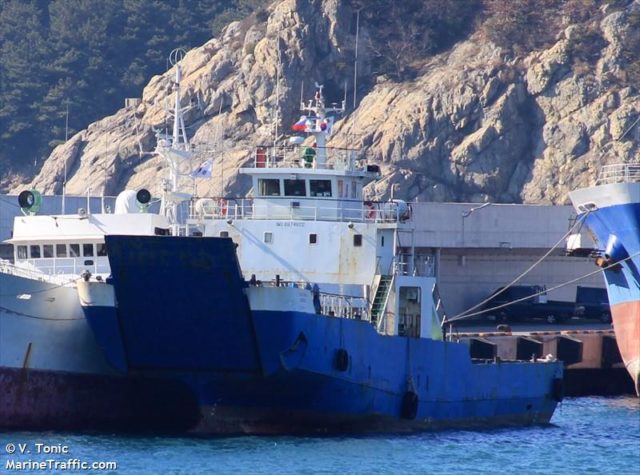 On January 5, the 41 meter long 194 dwt ro-ro cargo vessel Grigory Lovtsov became stuck in ice in the Sea of Okhotsk off the Shantar Islands. The Grigory Lovtsov sent out a distress call that it was trapped in the ice and was risk of ice damaging the hull. Authorities dispatched a Mi-8 helicopter from Khabarovsk to assist the vessel. The helicopter arrived on scene and was able to safely rescue all 8 of the crew. They were taken to Nikolaevsk-on-Amur. No reports of injuries.