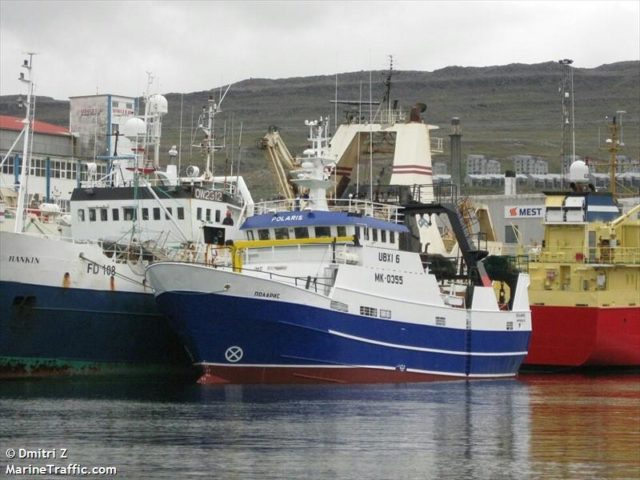 The 27 meter long, 275 dwt fishing vessel Polaris ran aground in Kola Bay in the Barents Sea near Murmansk, Russia. The Polaris had suffered a power black out and was unable to free itself.  The trawler requested assistance with a naval tug responding.  The tug was able to pull the Polaris free and proceeded to tow the fishing vessel back to Murmansk.  No reports of injuries or pollution released.

On February 16, the 25 meter long, 36 dwt fishing vessel Shkval became disabled in the Barents Sea off the coast of Russia. The Shkval was trawling in heavy seas when it suffered engine failure. Unable to restart the engine, the vessel sent out a distress call and requested assistance.

Local authorities dispatched the tug Murmanryba to take the Shkval under tow. Reports state the tug would arrive several hour later and tow the Shkval to Murmansk.  There were no injuries to the nine crew on board, damage or pollution released.