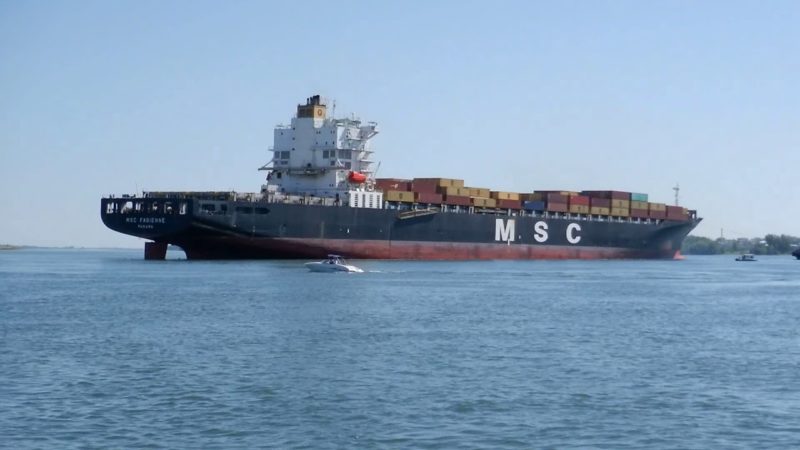 On June 19, the 294 meter long container ship MSC Fabienne ran aground on the St. Lawrence River just downriver from Montreal, Canada. The MSC Fabienne had departed from Montreal en route to Gioia Tauro when it suffered engine failure. Without power, the vessel drifted until ran aground.  River traffic was obstructed a short time until tugs were able to free the vessel later that night. The tugs towed the MSC Fabienne where it could be moored while No reports of injuries or pollution released.

On May 11, the 151 meter long, 23573 dwt bulk carrier Samudra Sakti and the 299 meter long, 86018 dwt container ship Shahraz collided and stranded in the Strait of Singapore near Sambu Island, Batam, Riau Islands. The Shahraz was headed for Shanghai while the Samudra Sakti was bound for Bayah.  Reports state the vessels had to make a last minute course change to avoid striking a tug crossing their path. Authorities tried to alert both vessels of the potential collision and grounding, but it was too late. The Samudra Sakti struck the Shahraz amidships before both vessels went aground.

The Shahraz sustained hull damage with several large dents along with cracks above and below the waterline. The Samudra Sakti sustained on minor damage to its bow.  No reports of injuries or pollution released.

Authorities dispatched multiple patrol vessels to the scene. Authorities were able to refloat the Samudra Sakti later the same day.  The bulk carrier proceeded to a nearby anchorage where it was to be inspected. Reports state the Shahraz remained aground as the boxship was to be inspected while a salvage plan was being created. The name of the tug that caused the incident has not been released.