The 71 meter long ro-ro passenger ferry KM Bahari Indonesia caught fire in the Java Sea while en route to Pontianak from Jakarta. The KM Bahari Indonesia departed from Jakarta with 26 passengers and 20 vehicles for a 9 hour voyage to Pontianak. During the voyage, a vehicle on the main deck caught fire and quickly spread to the other vehicles. The crew attempted to extinguish the blaze, but the heat and smoke made it impossible.

Unable to contain the fire, the ferry sent out a distress call for assistance. Several hours later the KM Samudera Jaya Abadi arrived on scene and rescued all the passenger and crew. A tug was dispatch the following day to take the KM Bahari Indonesia under tow back to port. Reports state the fire had severely damaged the ferry, but was still afloat. The ferry was towed to an anchorage some 100 miles from Jakarta. The Indonesia Coast Guard has been monitoring the vessel. Authorities have launched an investigation into the incident. 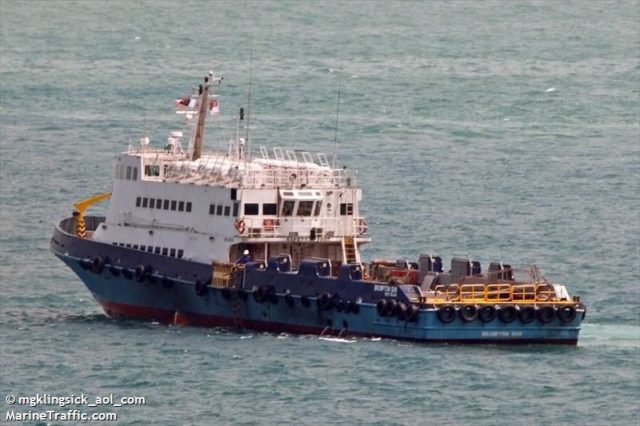 The 190 meter long, 48,821 dwt bulk carrier Dimitris S caught fire while berthed in Rotterdam, Netherlands. The Dimitris S had arrived from Dordrecht with a cargo of scrap metal when fire broke out in the hold. Local fire brigade and fireboats were alerted and the combined effort was able to extinguish the blaze after several hours. One crewman on board the Dimitris S was later taken to hospital for treatment. Reports state the fire was likely caused by the scrap self-igniting. No details on damage or pollution released.