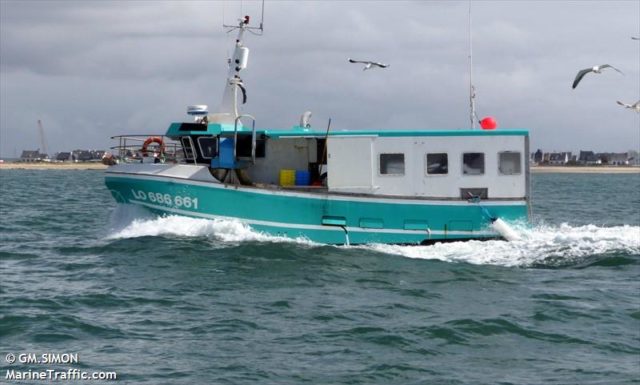 The 19 meter long fishing vessel Synne ran aground in the North Sea off Flekkerøy, Norway. The trawler was loaded with shrimp travelling back to Kristiansand at 7.5 knots when it struck a reef. The Synne was left high and dry with the vessel listing heavily to port. The two crew on board were uninjured, but were unable to refloat the Synne. The NSSR was alerted and two lifeboats were dispatched to the scene. No further details reported.

The fishing vessel Vågøy ran aground near Lepsøya in Ålesund, Norway.  The Vågøy sustained no damage or water ingress, but the trawler was unable to free itself. The Vågøy requested assistance and the NSSR sent out a lifeboat to the scene. The lifeboat along with the 54 meter long offshore supply vessel BB Lifter pulled the Vågøy free.  The Vågøy was taken under tow back to port. No reports of injuries or pollution released.