The 241 meter long , 7324 dwt passenger ship Asuka II caught fire while docked in the port of Yokohama, Japan. The fire broke out on one of the top decks used for storage. The crew were unable to contain the blaze and requested assistance. Local firefighters arrived on scene and were able to extinguish the fire a few hours later.

No reports of injuries or pollution released. No passengers were on board the vessel.

The Asuka II has been berthed in Yokohama since April 1 due to the breakout of the coronavirus. The incident is under investigation. 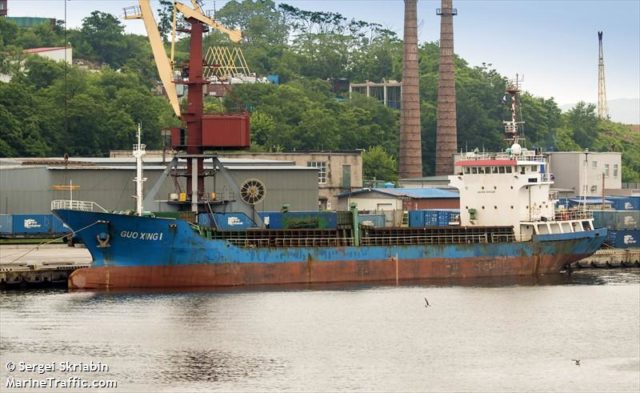 The 79 meter long, 2972 dwt cargo vessel Marina went aground in Tokyo Bay at Kawasaki, Japan. The Marina had been at anchor when strong winds from Typhoon Trami caused the anchor to drag. Before the 12 crew on board could start the main engine, the Marina was blown ashore onto the breakwater.

The 12 crew were able to abandon ship and safely reached the shore without injury. Reports state the Marina sustained hull damage and some oil pollution had been released.