The 17 meter long passenger vessel Monarch ran aground in Otago Harbour, New Zealand. The Monarch was underway to Otago Peninsula to pick up passengers when it left the navigation channel to allow a LPG tanker to enter the harbour.  As it left the channel, the Monarch drifted on a mud bank. No reports of injuries, damage or pollution released. The Monarch remained on the mud bank until the rising tide refloated the vessel later the same day.

On December 29, 2021, the 135 meter long, 3250 dwt ro-ro passenger ferry KMP Amadea ran aground in the Sundra Strait off the island of Kandang Lunik, Indonesia. The KMP Amadea departed from Bakauheni with 342 passengers and 97 vehicles on board when strong winds and currents caused the vessel to run aground on a coral reef. Reports state the ferry remained stuck for 14 hours until tugs arrived to free the vessel. Initial attempts to free the ferry failed and the vessel remained aground on the reef.  No reports of injuries.  Authorities are on scene and working on a recovery plan. Reports states many passengers on board were irate and wanted to be removed off the vessel. 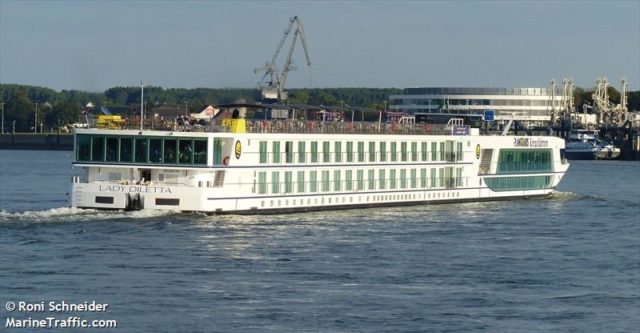