The 93 meter long, 3517 dwt tanker Atlantis Armona allided with 3 self-propelled barges along with the 6980 dwt, 135 meter long self-propelled tanker-barge Chamisa-D at Botlek, Rotterdam, Netherlands. The Atlantis Armona had arrived in ballast at Botlek and was maneuvering to berth at a quay when a signal confusion to the engine room put the tanker astern rather than ahead. The tanker struck 3 self-propelled barges which sustained minor hull damage.  The Chamisa-D broke its mooring lines and was pushed into the quay.  The Chamisa-D sustained hull damage and will remain in port until repairs can be completed.  No reports of injuries or pollution released.  All the vessels involved in the incident were inspected for damage. Reports state the Atlantis Armona will make repairs and continue on its way to load a cargo of linseed oil. 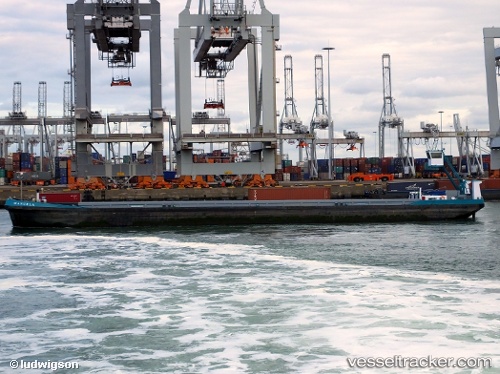