The 426 gt oil tanker Fazilat ran aground on the Karnafuli River at Chattogram, Bangladesh. The Fazilat had dropped anchor on the river earlier due the dense fog which reduced visibility to near zero. The anchor dragged and became stuck on a rock causing the tanker to go aground off a rocky embankment. The tanker remained stuck with the falling tide.  Authorities were alerted and dispatched the tug Kandari 1 to the scene. No reports of injuries or pollution released. Reports state the tanker will be refloated on the rising tide and towed to a safer location.

On July 19, the 158 meter long, 16000 dwt tanker Nordic Wolverine ran aground in the Caribbean Sea off Barranquilla, Columbia. The tanker departed from Cartagena loaded with chemicals and arrived off the entrance to the Magdalena River when it ran aground off the breakwater. Tugs were dispatched but were unable to free the Nordic Wolverine. The tanker had gone aground on rocky bottom and authorities requested a special tug to pull it free.

The tanker remained aground six days until the tug arrived and were finally able to free the Nordic Wolverine. No reports of injuries, damage or pollution released. 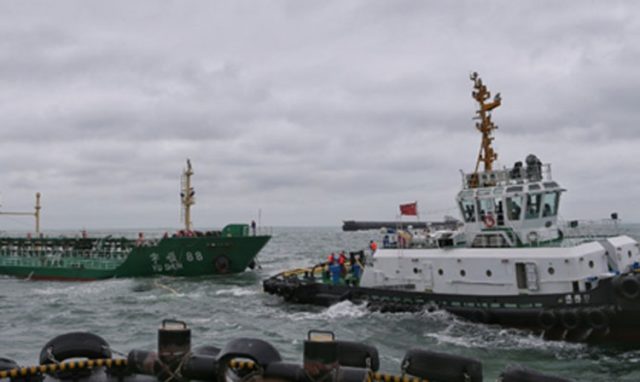