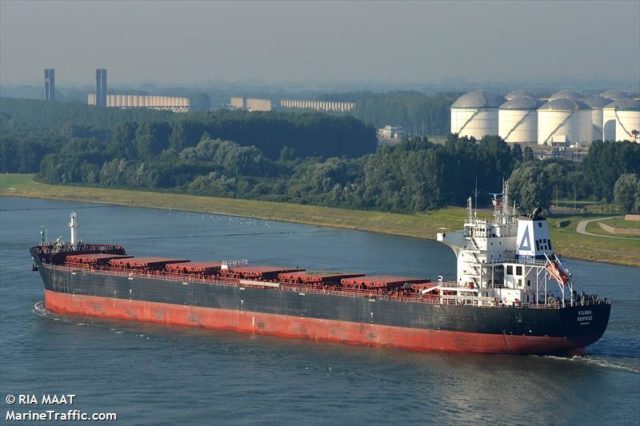 The 229 meter long, 92828 dwt bulk carrier Kydonia ran around on the Paraná River near San Nicolas, Argentina. The Kydonia departed from San Lorenzo with a partial cargo of soy beans when it ran aground. The bulk carrier was unable to free itself and requested assistance. Two tugs were dispatched and pulled free a few hours later. The Kydonia was towed upstream where it will be inspected. No reports of injuries, damage or pollution released. Reports state the Paraná River water level remains low making it difficult for vessels to navigate. 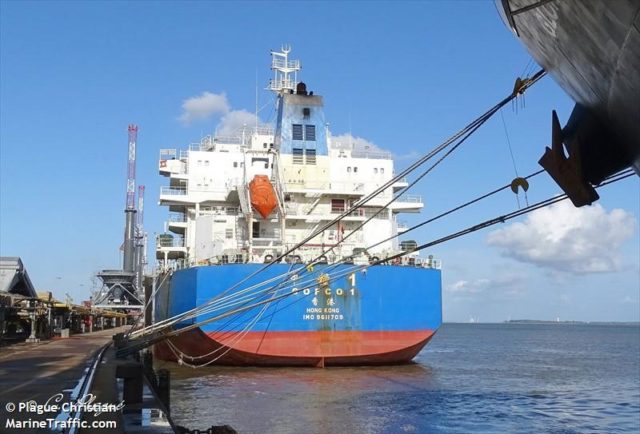 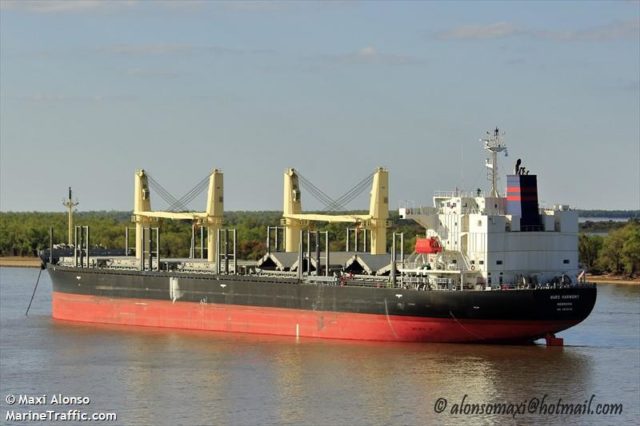 On May 15, the 180 meter long, 36,898 dwt bulk carrier Mars Harmony ran aground on the Parana River near Villa Constitución, Argentina. The vessel was bound for Bahia Blanca from Rosario when it stranded loaded with cargo of corn and soybeans. The bulk carrier remained aground until the following day when tugs were able to be refloated. No reports of injuries, damage or pollution released.