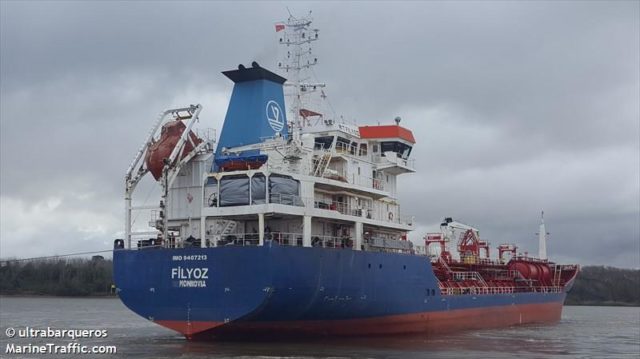 The 105 meter long, 5701 dwt tanker Filyoz ran aground on the Uruguay River near Concepción del Uruguay, Argentina. The Filyoz had departed from La Plata when it had veered off the main fairway and ran aground. Tugs were dispatched to free the tanker and were to arrive on scene a few days later. No reports of injuries, damage or pollution released. 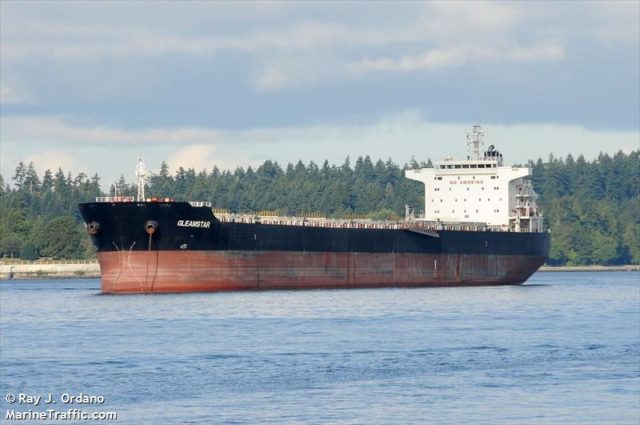 On August 24, the 226 meter long, 41342 dwt bulk carrier Gleamstar ran aground on the Parana River near Ramallo.  The vessel was en route to San Nicolas, Argentina when it grounded in the River to low water levels.  The Gleamstar remained aground until tugs were able to pull the vessel free the following day.  No reports of injuries, damage or pollution released. On July 11, the 50 meter long, 748 gt fishing vessel Dorneda capsized and sank in the South Atlantic some 300 miles off the Comodoro Rivadavia, Argentina. The trawler was hauling in nets in heavy seas when the Dorneda lost stability.  Waves washed over the stern ramp and flooded the trawler’s engine room.  The Dorneda engine failed and the vessel went adrift.  The crew were unable to keep the vessel under control in the heavy seas and abandoned ship into the vessel’s two life rafts.  The Dorneda eventually lost stability, capsized and sank.

A distress beacon alerted authorities that the Dorneda had been lost.  The Argentine Navy alerted nearby fishing vessels to look for survivors.  On the following morning, the two life rafts were spotted by a fishing vessel.  Twenty-five crew were rescued. Reports state one crewman was missing and another perished during the incident.