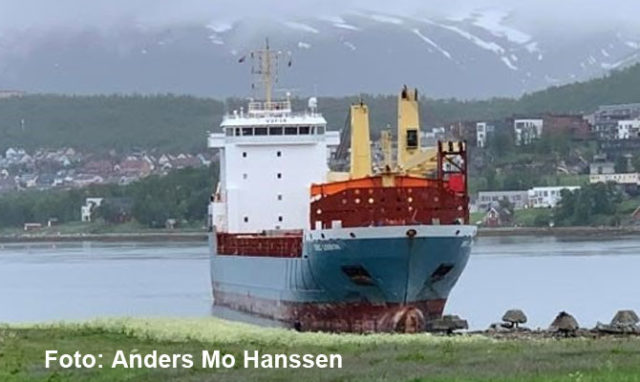 On July 1, the 130 meter long, 7843 dwt cargo vessel BBC Lisbon ran aground while in Tromsø, Norway.  The BBC Lisbon had arrived from Poland and attempted to shift berths when it ran ashore. Tugs were able to refloat the cargo vessel a short time later. No reports of injuries or pollution released. Divers were requested to inspect the hull for damage.

The 34 meter long, 150 gt cargo vessel KM Camar 1 sank in the Malacca Strait off Jemur Island, Indonesia. The KM Camar 1 was en route to Port Klang, Malaysia from Tanjung Balai when it became swamped by 2 meter high waves. The vessel’s cargo hold suffered water ingress and the 6 pumps on board were unable to keep up with the flooding. The KM Camar 1 turned back and tried to shelter off Jemur Island.  As the vessel got closer to the island, it partially sank in shallow water leaving some of the superstructure above water.  All 9 crew on board were rescued by local fishermen. Authorities have launched an investigation into the incident.