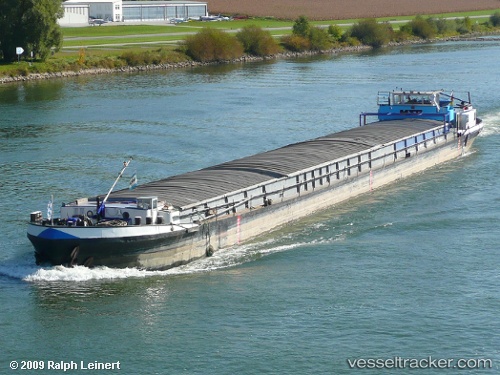 On July 22, the 80 meter long self-propelled barge Katarina ran aground on the Danube near Straubing, Germany. The Katarina, loaded with 350 tons of sunflower seeds, was en route to Regensburg when it ran aground on a gravel bank in shallow water.  River currents swung the barge around leaving it perpendicular to the river.   Authorities were alerted and dispatched a response team to the scene.  A dredger was dispatched to the scene the next day to release the Katarina.  No reports of injuries, damage or pollution released.