The 36 meter long, 107 dwt ro-ro passenger ferry Femøsund ran aground at Femø, Denmark. The ferry was approaching the ferry terminal at Femø when the vessel suffered a steering malfunction.  Unable to control the propellers, the master of the Femøsund maneuvered the ferry away from the quay at Femø, but ran aground near by. No reports of injuries to the 7 passengers and 2 crew on board. Everyone on board had to wait a few hours until a search and rescue boat arrived on scene.  A tug was also dispatched to pull the Femøsund free. The ferry will undergo repairs and be inspected before going back into service.

On August 29, the 175 meter long, 5351 dwt ro-ro passenger ferry El Venizelos caught fire off Piraeus, Greece. The El Venizelos was headed to Chania from Piraeus with various vehicles along with 875 passengers and 141 crew.  Some 30 miles off Piraeus, a vehicle caught fire which spewed out dense black smoke.  The ferry’s fire suppression system was able to contain the blaze quickly, but many compartments were filled with smoke.  The El Venizelos returned to Piraeus where passengers were safely evacuated and fire fighters extinguished the fire.

Reports state the vessel sustained minimal damage from the fire. Several passengers have stated there was some panic as they gathered on the lifeboat deck.  However, there were no reports of injuries. 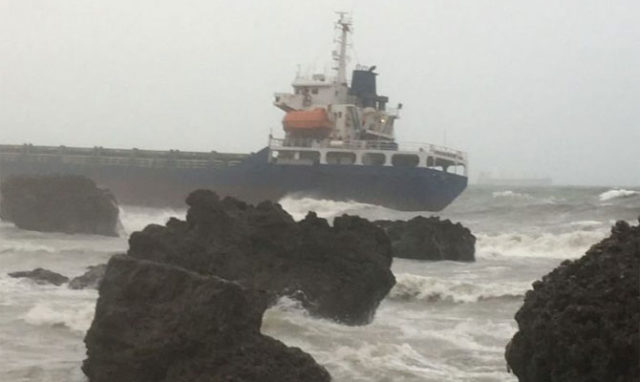