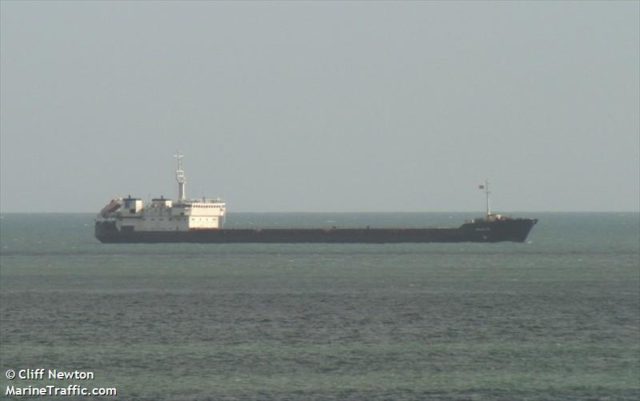 The 140 meter long, 6207 dwt cargo vessel Zernograd went aground on the Don River off Petrovskiy, Russia. The Zernograd was en route to Trabzon, Turkey from Rostov-on-Don with a cargo of grain when it became stuck on the river. The crew was unable to refloat the vessel and requested assistance of a tug.  No reports of injuries, damage or pollution released.

The 88 meter long, 2689 dwt cargo vessel Pollux ran aground on Lake Vanern off Hönsäter, Sweden. The Pollux was headed for Hällekis with a cargo of bentonite when it veered from the fairway and became stuck on a mud bank. The tugboat Lidköping was dispatched to assist refloating the Pollux.  The tug’s first attempt failed with the towline breaking, but a later attempt was successful. The Pollux was taken to a quay in Hällekis for inspection.  No reports of injuries, damage or pollution released.