The 13 meter long fishing vessel Le Kevin ran aground off Saint-Vaast-La-Hougue, France. The trawler was heading back to port when it ran aground at the entrance at Saint-Vaast-La-Hougue. The local fire brigade and the SNSM responded to the scene. Booms were placed around the trawler and oil was removed off the vessel. The Le Kevin was later refloated and brought into port. Reports state a small of pollution had been released, but no reports of injuries.

The 180 meter long container ship Maersk Vilnius caught fire in the Caribbean Sea off Guadeloupe while en route to South Africa. The fire started in the engine room causing damage to the main engine resulting in a power black out.  The crew requested assistance with the tug Alp Defender responding. The tug took the Maersk Vilnius under tow and proceeded to Panama for repairs. The crew was able to restore power to several refrigerated containers on board. No reports of injuries to 22 crew on board. 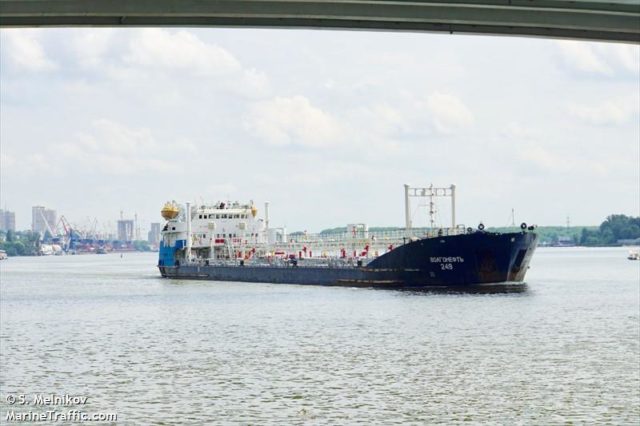 The 132 meter long, 4125 dwt tanker Volgoneft 249 ran aground on the Kama River in Tatarstan, Russia. The Volgoneft 249 was loaded with 3736 tons of gasoline from Bashkortostan to Rostov-on-Don when it touch bottom. No reports of damage, injuries or pollution released. Reports state the tanker was later refloated and proceeded to Ulyanovsk where it was inspected before continuing on to Nikolaevk.