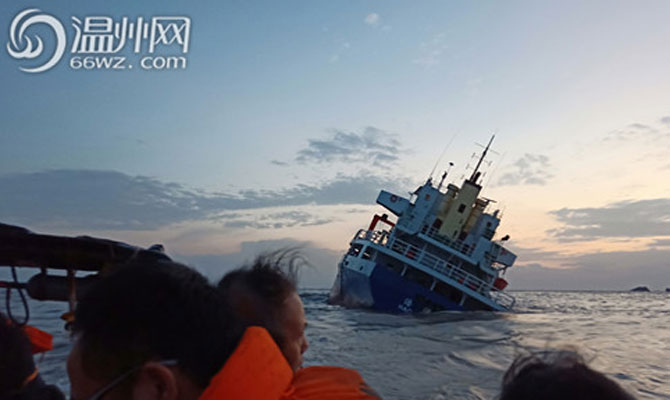 The 98 meter long, 6532 dwt cargo vessel Hao Xiang 19 capsized and sank in the East China Sea off Luxi Island near Wenzhou, China. The Hao Xiang 19 was headed to Wenzhou from Taizhou with a cargo of steel  when it ran aground up on a reef off Luxi Island.  The vessel sustained hull damage causing water ingress.  Unable to control the flooding, the crew sent out a distress call to authorities.  A search and rescue vessel was dispatched to the scene. As the vessel continued to fill with water, the Hao Xiang 19 developed a severe list to starboard. Two crew were able launch the vessel’s life raft, but the list prevented launching lifeboats from the starboard side.

A rescue boat arrived on scene and rescued 11 crew off the Hao Xiang 19 along with the 2 crew from the life raft.  No reports of injuries.  Reports state the Hao Xiang 19 eventually capsized and sank.