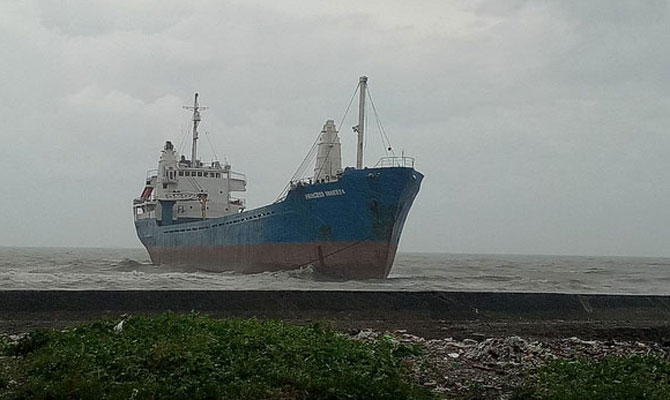 On September 15, the 89 meter long, 3584 dwt cargo vessel Princess Vanessa ran aground in Manila Bay near Tanza, Philippines. The cargo vessel had been at anchor when strong winds from Typhoon Mangkhut caused the anchor to drag. Reports state the cargo vessel went ashore just off the beach at Tanza. No further details were reported.